and one hour prior to theatre performances through August 19, 2001.

This art exhibition is in complement to Steppenwolf's production of Hedda Gabler. 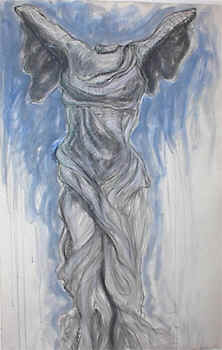 Sharon has attended the University of Illinois, Illinois State University, the School of the Art Institute, Columbia College and Northwestern University. She creates works of art in a variety of disciplines, which include glass, bronze, ceramic and printmaking. She has completed many varied glass projects including international commissions, designs for commercial ventures and autonomous works of art. Her works appear in several private collections and many prominent residences. She has exhibited at Cafe Bacci, Wood Street Gallery, Portia Gallery, Steppenwolf Theatre (through Anatomically Correct) and at the Contemporary Art Center in Peoria, IL, and created a cow in Chicago's Cows on Parade. Her sculpture in currently on tour as part of the traveling "Illinois Women and the New Millenium" exhibition. She also recently created a chair and ottoman piece for "Suite Home Chicago" entitled, "Amazonian New Species". The furniture is based on a new species of plants that were collected during Sharon's 1999 trip to the Peruvian Amazon, which was sponsored by the Field Museum and Conservation International Expedition. The furniture is located at the Garfield Park Conservatory in Chicago, IL. In 1976, Sharon established the Opal Glass Studio where she continues to create her work in various mediums. 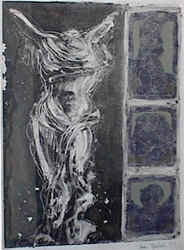 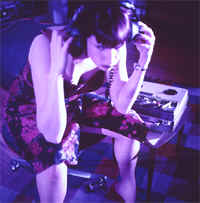 Christine received a BFA from The School of the Art Institute of Chicago with a focus in photography. Her photos have been exhibited at the Three Arts Club, the Columbia Center for Book and Paper Arts, The John G. Blank Center for the Arts in Indiana, TBA Gallery, and is the owner and operator of Marilyn Philby Photo Studio in Evanston, IL. 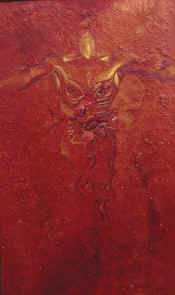 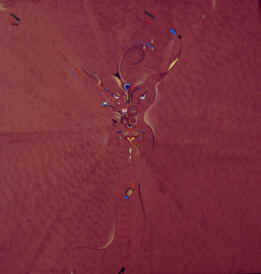 Renee received a B.F.A. from the Illinois Wesleyan Univ. in Bloomington, IL and studied sociology and anthropology at the University of Chicago. Her artwork has been exhibited at the Elmhurst Art Museum, the Museum of Science and Industry, Bailiwick Arts Center and Steppenwolf Theatre (through Anatomically Correct), Woman Made Gallery, Hyde Park Art Center, Cornelia Arts Building, Wood Street Gallery, Artemesia, ARC Gallery and most recently Frazer Gallery in Washington, D.C. Horizon Gallery in Pittsburg, PH and several galleries in Bremen, Germany. In addition, her work has been shown at the Whitney Museum, Gang Gallery and the Limner Gallery in Soho, NY and at the Swan Gallery in Sydney, Australia, to list only a few. Her work is also part of a permanent collection at Chicago’s East Bank Club and can be found in The White House as part of President William Jefferson Clinton & Hillary Rodham Clinton’s collection. Renee is listed in the publications Who’s Who of American Women (21st Edition) and the Encyclopedia of Living Artists (10th Edition). Sponsored by the Chicago Board of Tourism, her entire suite of furniture is featured in Chicago's "Suite Home Chicago" public art project. 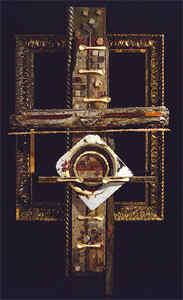 Kristen Neveu (mixed media constructions from found objects) Kristen received degrees in Communication Studies and Anthropology from the University of Iowa. A self-taught mixed media artist, Kristen combines metallic paint and found objects into layered collages, creating pieces of recycled art that are reminiscent of jeweled fossils. Tools, toys, salvaged wood, magazines and textbooks from the 1950’s and 1960’s, mirrors, wire, and metal are some of the materials she uses to create 2D and 3D collages and sculptures.    Kristen created two cows for Chicago's Cows On Parade (Muddy Holly and Peggy Moo). Her work has been exhibited at Bailiwick Arts Center (through Anatomically Correct), Around the Coyote, and Woman Made Gallery. 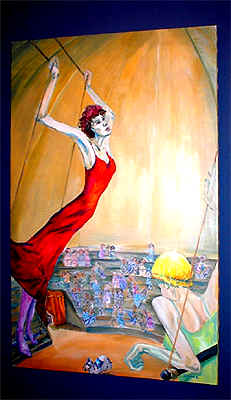 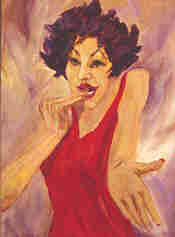 Originally from Budapest, Hungary, Zsofia came to the U.S. in 1994 to study fiber arts at the School of the Art Institute. She later received her B.A. from North Central College in Naperville, IL. Her work has been exhibited in Paris, France and at Gallery X and Dix Art Mix in Chicago, IL. 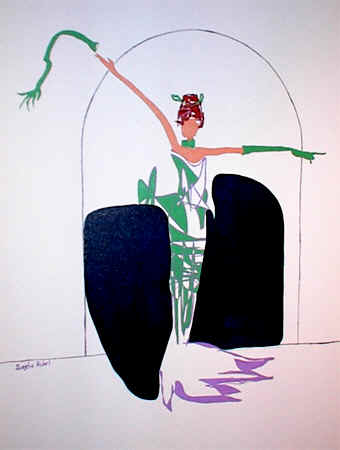 Sasha Rubel began painting in 1982 after she fell for the scents of oil paints and turpentine. Since then, her work has been in juried shows and exhibitions in Illinois and Wisconsin, including exhibitions juried by Lucinda Barnes, Curator of Collections for the Museum of Contemporary Art in Chicago, Dr. Margaret Burroughs, founder, Du Sable Museum, and artists Don Baum and Mati Maldre. In 1997, she was awarded grants for a 4-week painting residency at the Vermont Studio Center from the School of the Art Institute of Chicago Alumni Association in 1997 and the Chicago Department of Cultural Affairs in 1996. Also, her work was featured in the Communication Arts Illustration Annual and she received the Benefactor's Prize from noted artist Philip Pearlstein at the 10th Annual Northern National Juried Art Exhibition in Rhinelander, WI. 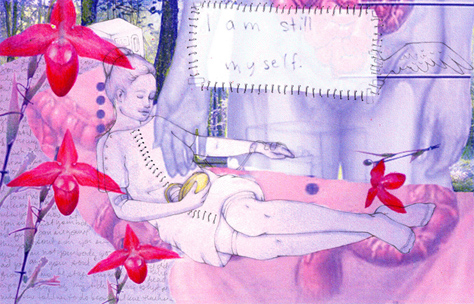 Midori Tajiri is a graduate of the School of the Art Institute of Chicago. She has been traveling extensively since the age of 15, living in the US, Europe and Mexico. She uses these experiences to create works that deal with the communication and miscommunication of women, and the confusion, sorrow, longing, pain, and celebration which results. These works deal with the subjects of abuse and early maturation, PTSD, mental illness, obsessive experiences and relationships. Working mainly with media such as photo, Xerox, cardboard, thread, tape, wax paper, Kleenex, lunch bags, alphabet soup letters, gum wrappers, and other everyday objects from life and from childhood she sends cryptic messages of layered images and text. The text is used as both a communication tool and a design element and tells a disjointed story. The repeated use of thread and sewing is also used for it’s design purposes as well as being a symbol of mending and healing. Ironically the repeated stitching through the paper intentionally weakens the structure by perforating the object with every stitch as it attempts to mend and "heal". It is a dichotomy of mending and falling apart at the same time. This series of digital prints combines scans taken from a her sketchbook/journal which have been manipulated digitally allowing further layering and weaving of image, text, and message.

A resident of Evanston, IL, Amy began her second career in painting after working for 22 years as a professional dancer and choreographer. She continues to study painting at the Evanston Art Center.